Coca-Cola European Partners’ head office, “The Happiness Factory”, in Jordbro has been designated the world’s best workplace. And EFG are proud of their role as furniture supplier for the workplace, which was also nominated as “Sweden’s most attractive office” in 2018.

Office furniture for the world’s best workplace in 2018

Coca-Cola European Partners’ head office underwent extensive renovation between August 2016 and March 2017. Today, this beautiful office is a modern, activity-based workplace that reflects the company’s long history. A survey carried out by Leesman also saw the head office come out top of a list of the world’s best workplaces in 2018. The list was based on answers from employees at more than 3200 companies all over the world. The responses from employees of Cola-Cola Sweden showed that 95.8% of them were proud to invite guests to the “new” workplace compared to 33.5% before the renovation. Ingrid Ljung, property manager at Coca-Cola European Partners in Sweden, says that the key to the positive result for The Happiness Factory was extensive employee involvement.

– As early as 2014 we began a large scale analysis of how we wanted our future workplace to look. From the first drawings to moving in, we could all be involved in designing what was to be our new office. And since we’ve moved into the renovated office, many of us have felt new pride in our workplace. When the results of the Leesman survey were published I was very happy, as it turned out almost every employee shared the same feeling, regardless of their role in the company. 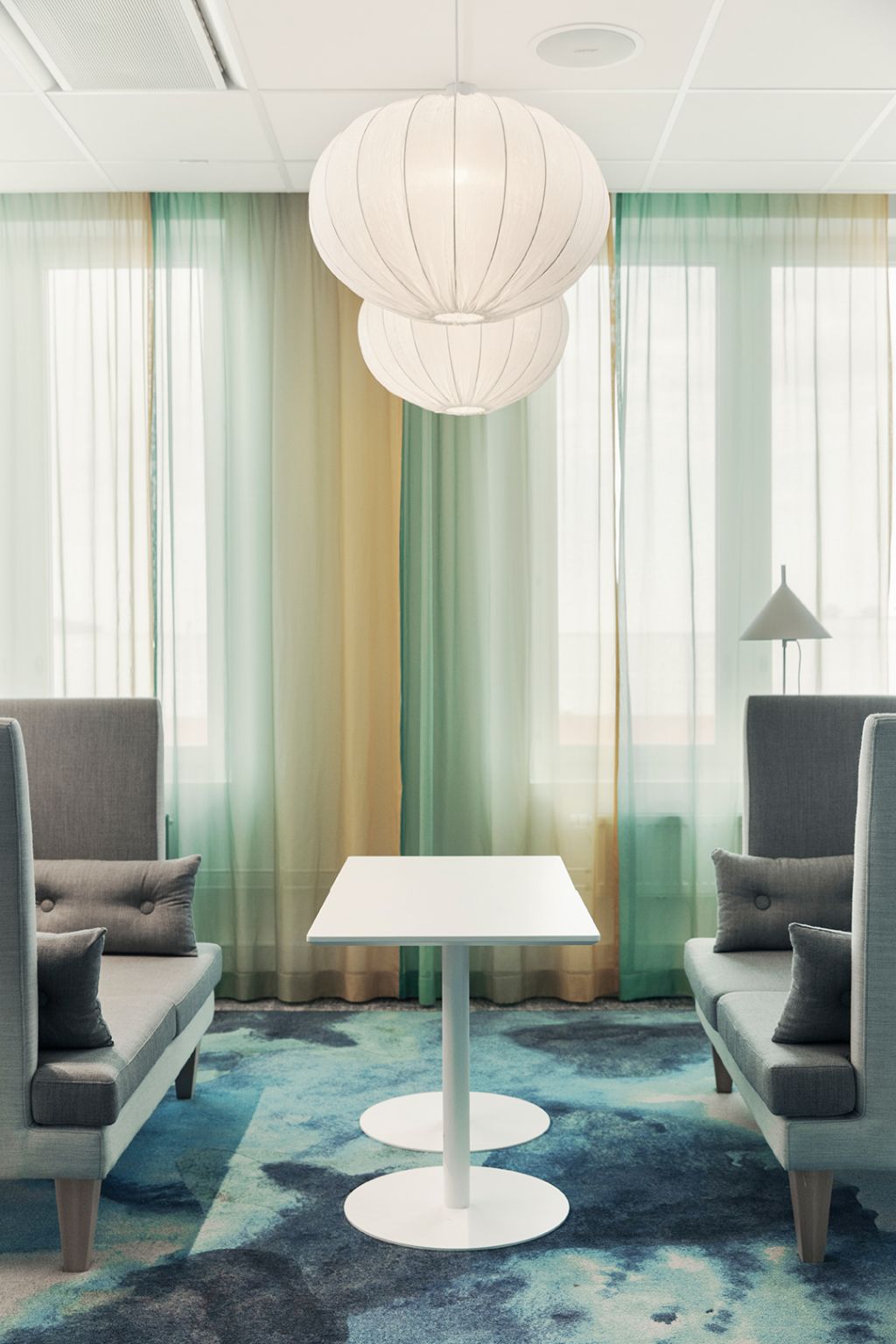 A cosy environment with the Chat pedestal table and Myspace sofa. 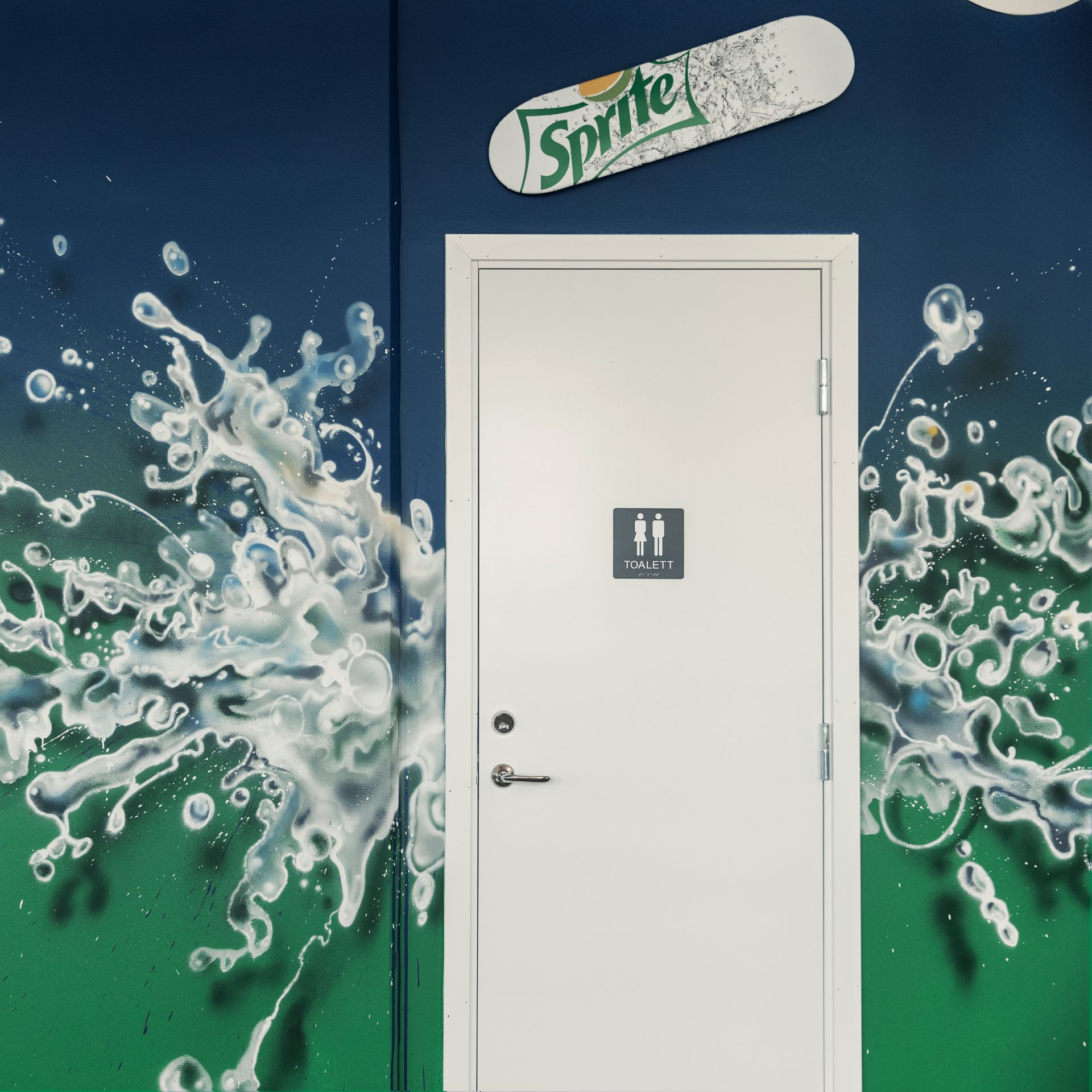 Coca-Cola’s brands are recurring elements in the interior design. 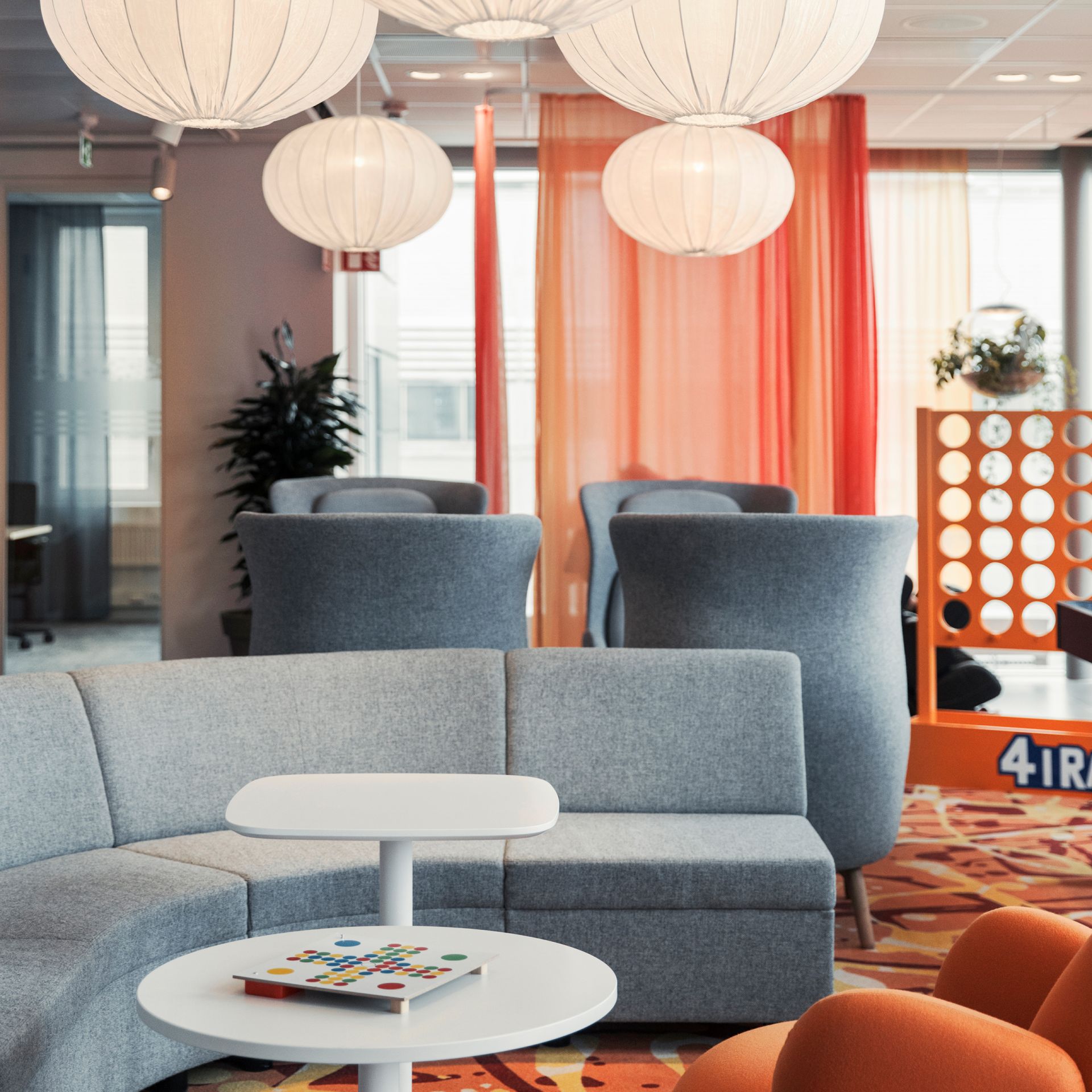 The Kavaljer sofa and Chat table supplement the orange colour of rugs, curtains and armchairs. 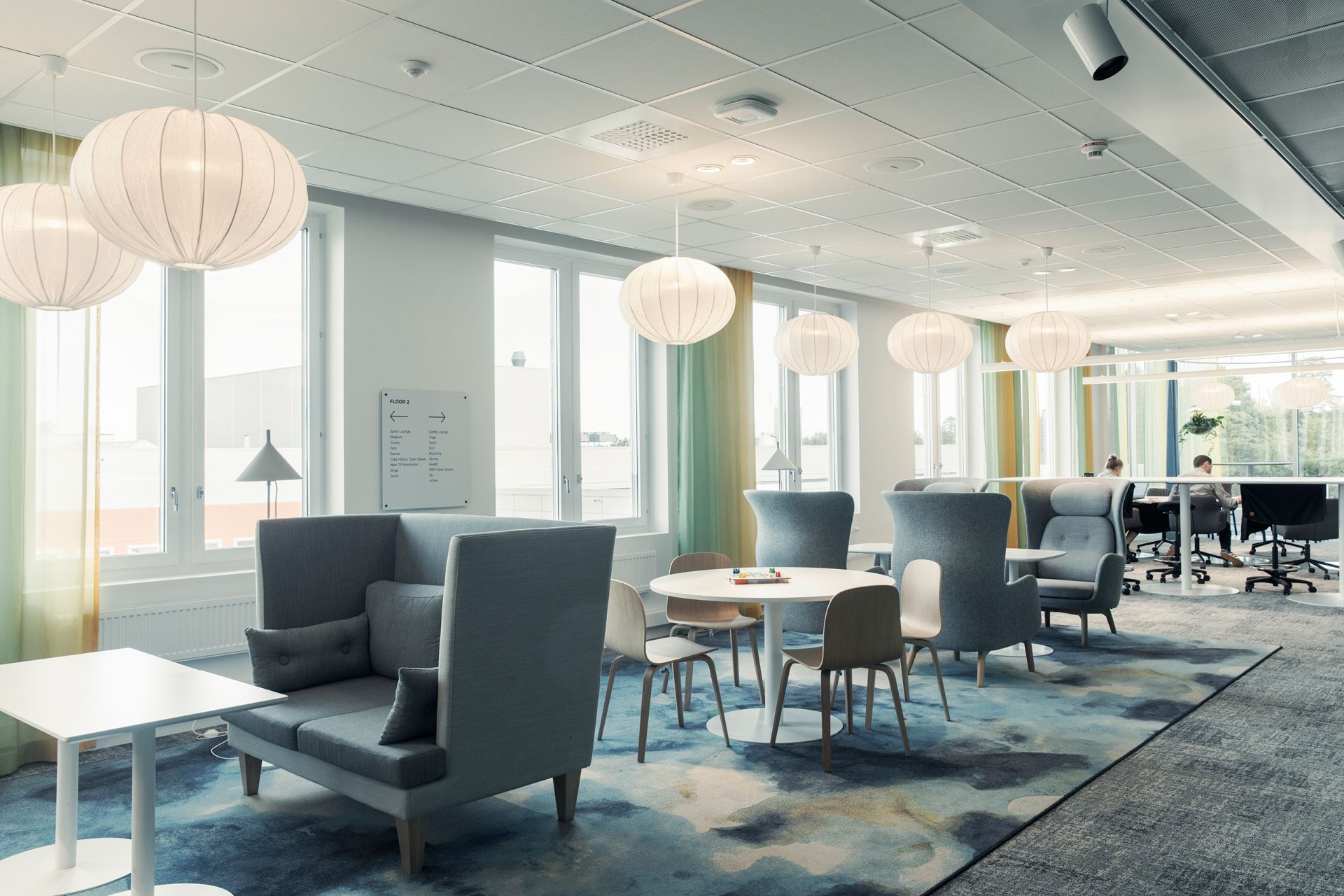 Coca-Cola’s head office in Sweden was designed by Reflex Arkitekter and nominated in 2018 for “Sweden’s Most Attractive Office”. The brands are recurring elements in the interior design. EFG were the furniture suppliers, and the premises were equipped with the Collaborate table with tall A-legs in wood, the two-seater Myspace sofa, the Chat pedestal table, the Kavaljer sofa and the Surround booth, which both screens off and reduces the noise level.

From the first drawings to moving in, we could all be involved in designing what was to be our new office. 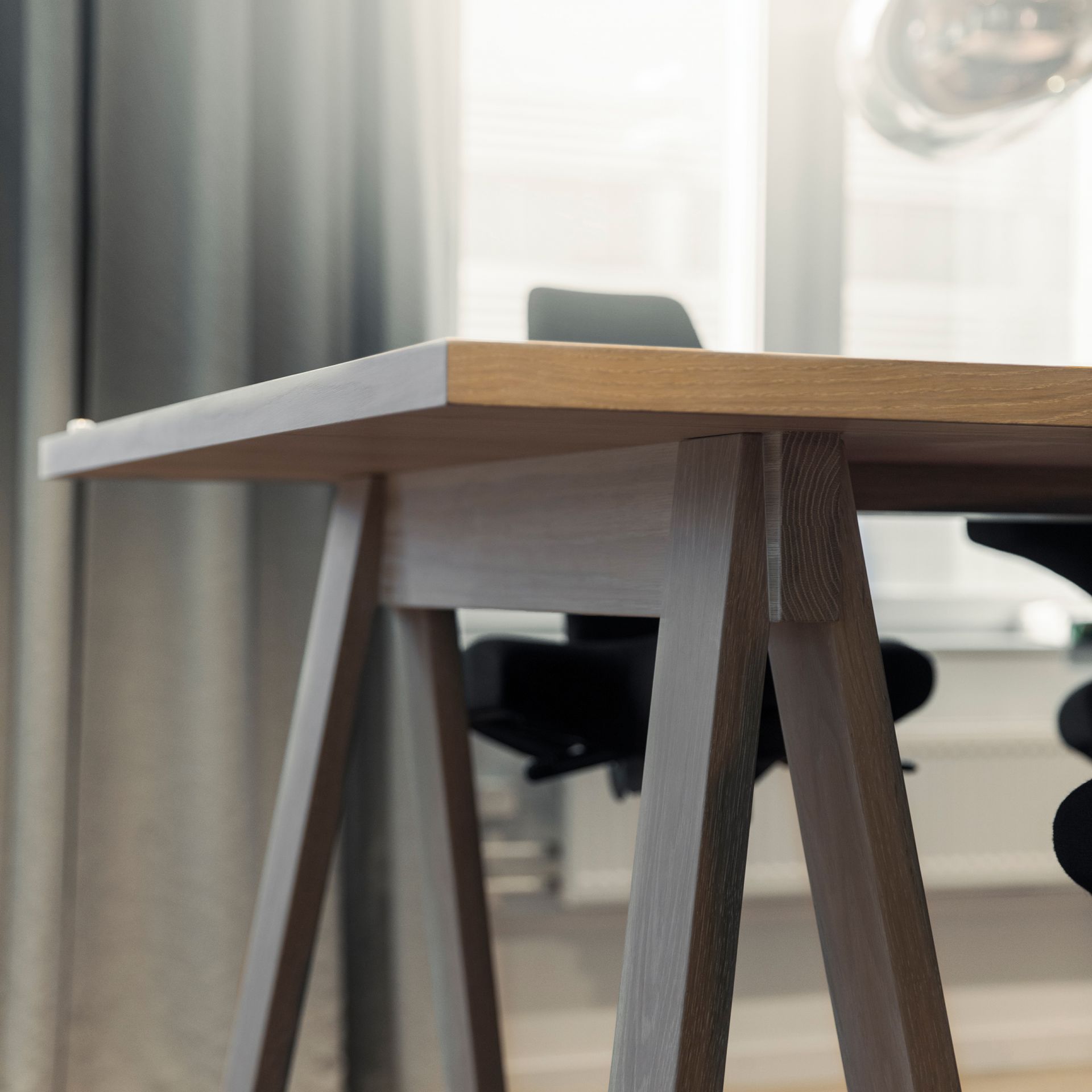 The Collaborate table in ash with A-shaped frame.

Products in this project